The plan was to do tent camping in Pensacola Beach at the Fort Pickens Campground. I arrived during the day when the temperature was a mild 60 degrees. It quickly dropped at night to the 40s, and I was miserable. I ended up only camping the one night and staying in a hotel the next. 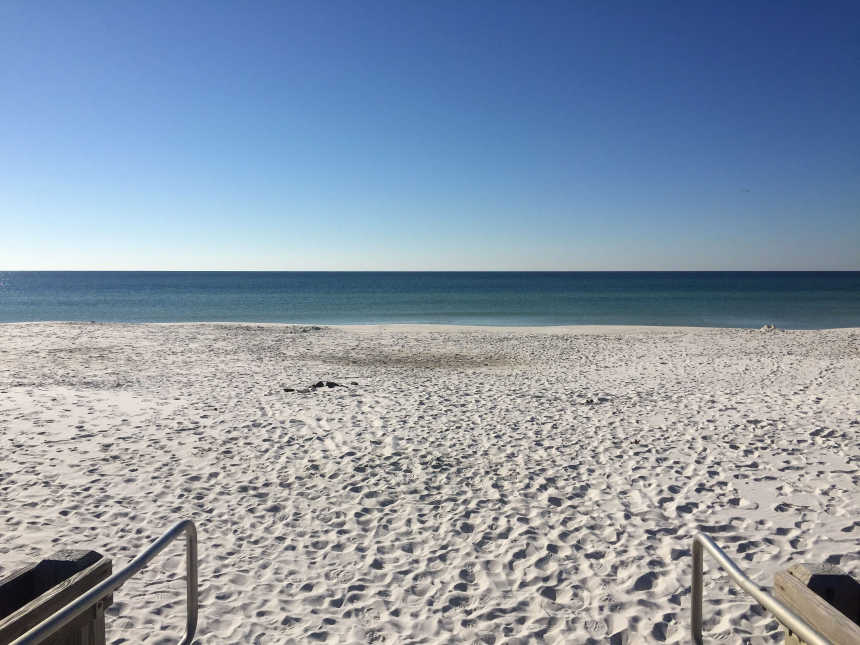 Pensacola Beach is a barrier island off of mainland Pensacola. The beaches are made of bright white, picturesque sand. During the winter, they are mostly empty save some fishermen. This would make a great romantic vacation spot when the weather warms.

There are a few bars and restaurants, followed by a few resort-type hotels and smaller places, but it didn’t seem overdeveloped like most beach spots I’ve been to. I’ll have to come back sometime.

The campground is at the end of the island and is quite a long drive to get out to because of a very low speed limit. 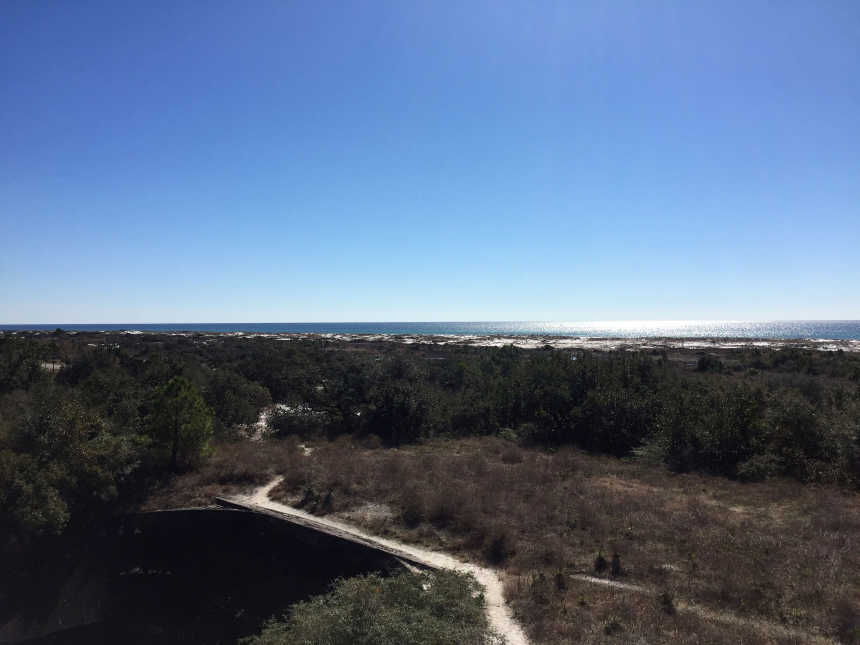 You can explore the old Fort Pickens buildings and there are a few interesting bits. The fort was built by slaves in the 1800s and was in use until the 1900s but as you can see many of larger buildings haven’t aged well. 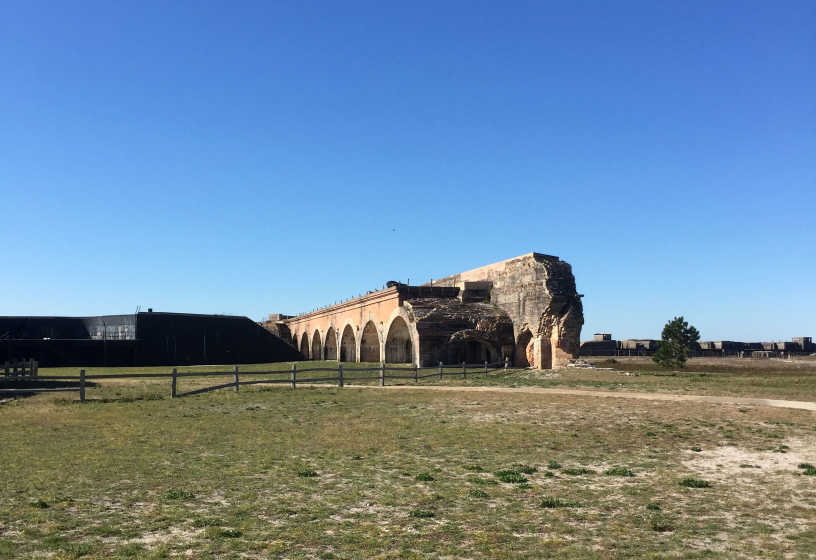 In California, most campgrounds don’t allow fires on account of the drought so I was very happy to be able to make one again. 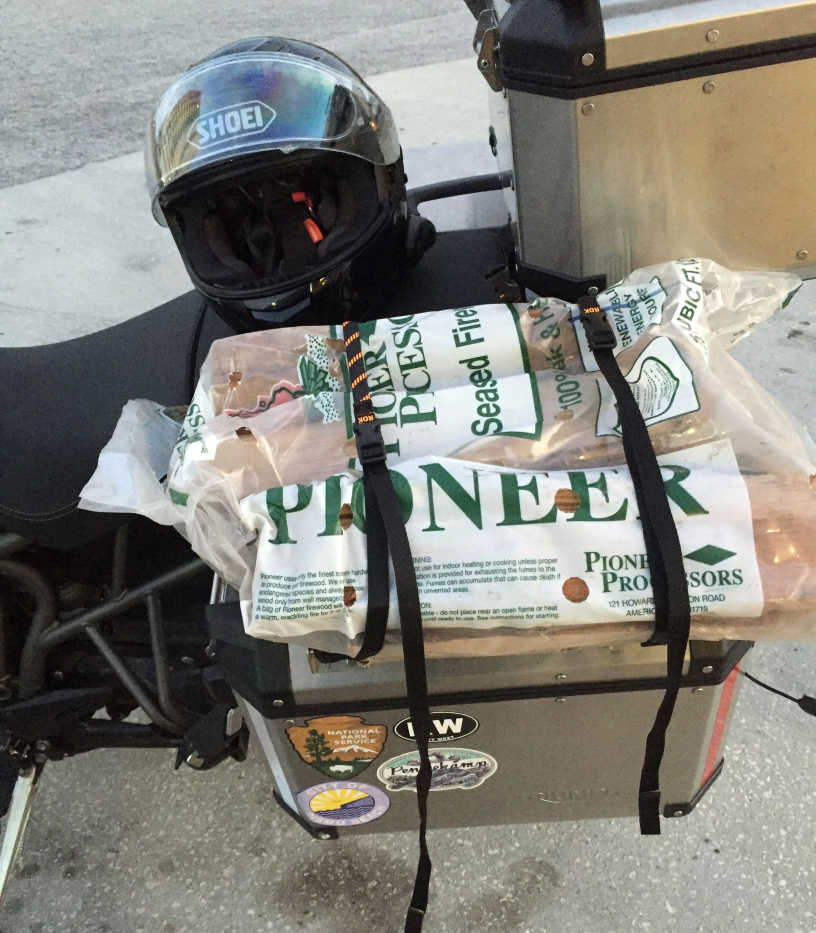 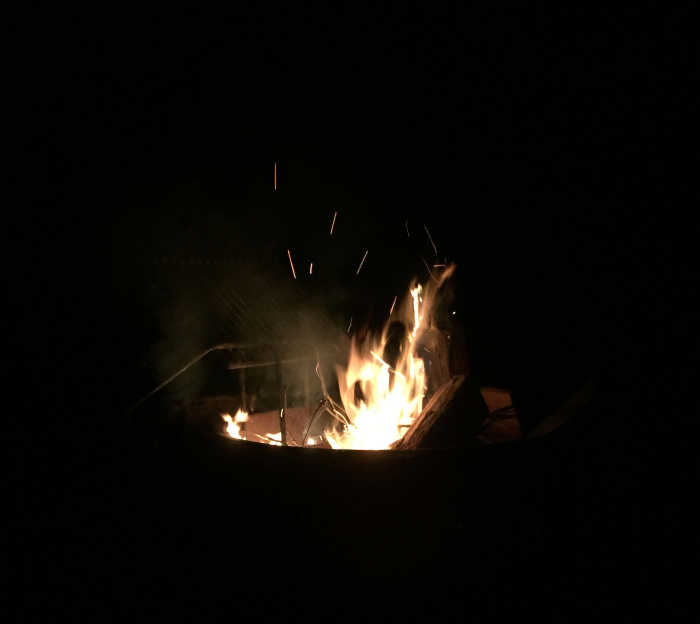 Next up, New Orleans for Mardi Gras.